20 Years Later: The Changes in Building Codes and Design

Posted on September 3, 2021 by Luly Hernandez

Editor’s note: This is the second in a three-part series that will look back on the events of September 11, 2001, and the impact they have had on the glass and glazing industry. If you would like to share a remembrance of this day, please email Ellen Rogers at erogers@glass.com

Life has changed in more ways than one since September 11, 2001. Airports, arenas and conversations are all different.

Technology and buildings are also different.

Last week,  USGNN™ revisited past coverage of the attacks and reported on the evolution of security glazing in the past 20 years. 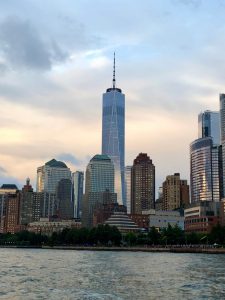 It isn’t just the glass and glazing that has changed, but the processes before construction even starts has improved. Safety considerations and features are included in the design process and building codes are always being reevaluated.

“Our codes are updated every three years, through an open process where anybody can submit a proposal to change our codes,” says Mike Pfeiffer, senior vice president of technical services at the International Code Council.

According to Pfeiffer, investigations were conducted by the National Institute of Standards and Technology (NIST), and one way that codes have evolved is an increasing focus on designing buildings with egress in mind.

“Some other changes that came about deal with, basically, the evacuation of people,” says Pfeiffer. “Coupled with the ability of the emergency personnel … being able to get into the building.”

He continues, “You don’t want to have one fire condition, rendering both exits unusable, because of the close proximity of the exit enclosures. So one of the outcomes of the NIST report on the World Trade Center was that of increasing the spacing between the exit enclosures. Again, the thought process there was … one single fire event [for example] will not render both of those exits unusable.”

In response to the attacks, Pfeiffer says that there are now requirements for exit path markings, or self-luminous signage, so one can easily find their way out. “Not only was this viewed as a good thing just in response to the World Trade Center, it’s actually now a requirement in our fire code to provide these types of exit path markings in existing high-rise buildings, depending upon the occupancy.”

After the 9/11 attacks, the construction industry also started to change its approach to the ways buildings are designed.

“In general since 9/11, design teams have had to consider planning for potential threats beyond government buildings,” says Jeff Heymann, vice president, Building Envelope Solutions, for MiTek – Benson Curtainwall. “We have seen façade designs for  projects developed for financial institutions, large religious organizations and  other commercial office spaces marketed to high-profile tenants incorporating design and materials to safeguard life safety as well as ensure ability to continue operations after a blast event or security breach.”

Benson has been involved with a number of security glazing projects. Heymann says these require extensive planning and preparation early on with the entire design team.

“In our experience, an architect will collaborate with their structural engineering partner and in some cases a separate blast engineering firm will be brought onto the team to establish potential threat levels and develop strategies incorporating glass, framing systems and anchorage design back to structure,” he says. “In many cases it’s a discussion around the make-up of laminated insulating glass, the bite required, and the depth and width of curtainwall system. In these instances we want to develop a wall that can absorb the impact while not putting too much load into the structure the façade is attached to as well as mitigating potential for glass evacuating the opening.”

Completed in 2014, One World Trade Center (1 WTC) in New York, is an important example of building evolution since 9/11. The tower was designed by architectural firm Skidmore, Owings & Merrill (SOM), with Benson as the façade contractor. According to Kenneth A. Lewis, AIA, managing partner with SOM, when it comes to building design and construction, one of the most significant changes he’s seen in the last two decades is the number of supertall towers (towers over 984 feet tall) being built around the world.

“Through the end of the 20th century, that kind of height was a novelty. In 2000, there were about 25 supertall skyscrapers in the world. Today, there are more than 200, with many more under construction. The idea of skyscrapers as a symbol of progress and power has really never gone away.”

Lewis says to the outside eye, skyscrapers may seem the same as always, “But there are almost countless ways skyscrapers have changed on the inside over these past two decades. Workplaces have gone from being compartmentalized to becoming flexible, open, and collaborative. Towers often now have several uses, not just office, but also retail, hotel, residential, with amenities that help create communities within the buildings – like a city within a city.”

He adds that these buildings are being designed today “with a focus on wellbeing, sustainability, and energy and carbon reduction by maximizing daylighting, using next-generation glass, non-toxic materials, and particulate and biological air-filtration systems. Even deeper, into the core of the towers, life-safety systems are also far more advanced than they were two decades ago.”

One significant supertall structure is 1 WTC, which stands 104-stories, 3.5-million-square-foot and 1,776-feet tall. According to SOM, 1 WTC “was designed as a memorable architectural landmark – a symbol of the American spirit, whose simplicity and clarity of form will remain fresh and timeless. Equally important, it sets a new international standard for supertall-building performance. In terms of structure, life-safety innovations, and sustainability, the tower at One World Trade Center stands unsurpassed.”

In designing 1 WTC, SOM wanted to create a seamless crystal tower. It achieved this aesthetic with a glass curtainwall that sheaths the tower on all sides from the 20th floor to the observation deck. SOM worked with industry experts to develop glass of a new monumental scale, capable of withstanding the windloads of a supertall building as well as stringent security requirements.

The 5-foot by 13-foot-4-inch insulating glass panels span the full floor-to-floor height with no intermediate mullion–which was a first in skyscraper construction. To fulfill its design vision, architects pushed for thicker glass to avoid the wavy appearance known as “oil-canning.” To avoid the greenish tint of most architectural glass, thereby maximizing daylighting, they sourced a low-iron product. From the outside, the glass appears to have a slight blue tint, but it is crystal clear when viewed from inside. Windows have twice-laminated outer lites of glass, fabricated by Viracon, that were treated with a low-E coating for maximum energy efficiency.

Developments in software tools and design technologies also have to be credited for making it possible to design these highly complex structures.

“One important tool for us is computational design, which has advanced so much that we are able to work on these supertalls in a way that is far more efficient – iterating them hundreds, if not thousands, of times more than we could at any point in the past,” says Lewis. “The design is done fully three-dimensionally in a virtual world in which we create digital twins for operational and environmental efficiency. It is now possible to design and build these towers in a way that makes more economic sense than it used to.”

Heymann agrees, noting that  “Finite element analysis has become important when determining how materials and the façade system will react to the stress of a blast event. Shock tube testing is sometimes used to replicate and direct blast waves at a building model to simulate actual explosions and affects. Finally there are a few facilities where full-size mock-ups similar to performance mock-ups are installed and tested with live explosives.”