FGIA announced the passing of former American Architectural Manufacturers Association (AAMA) president, Mendel Rosenberg. He is survived by his wife of 63 years, Sandra, their children, Renee and Stuart, seven grandchildren and five great-grandchildren. He was 92. 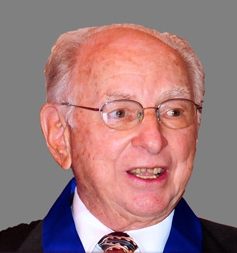 “Mendel was both an inspiring person and a dedicated member of the industry,” said FGIA executive director Janice Yglesias. “He lived a long and successful life, coming from a painful upbringing during a dark time in world history to becoming emblematic of the American dream as a prominent business owner in St. Louis.”

Rosenberg served as AAMA president from 1988 to 1989 and was the recipient of the AAMA Outstanding Member Award in 1984. At that time, he was the owner of Deslan Aluminum Products in St. Louis.

Rosenberg was a German-born, Lithuanian-raised Holocaust survivor who detailed his experience in his memoir, “Thriver: My Journey Through Holocaust Nightmare to American Dream.” Rosenberg was dedicated to speaking to children at the St. Louis Holocaust Museum and Learning Center, teaching his lived experience and history to future generations, according to a press release.

Despite extreme hardships in his early life, Rosenberg came to the United States and served in the military during the Korean War. “I very much wanted to serve the nation that had come to my rescue just six years before,” Rosenberg said.

According to 2019 reporting in the St. Louis Post-Dispatch, Rosenberg had learned carpentry in Lithuania and practiced it in the camps. This led him to have the necessary skills to begin working with a window company called Benada Aluminum, which had a plant in St. Louis, before starting his own window company, Delsan Industries. In 1982, Rosenberg was recognized as Missouri’s Small Business Person of the Year and met President George H.W. Bush.