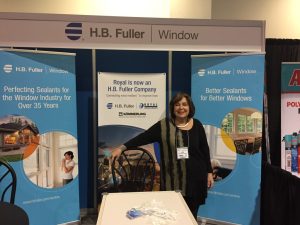 k, who joined H.B. Fuller in 1979 after moving to Canada from Russia, has served in a technical capacity supporting the window industry for four decades. Her involvement in the industry has earned her the Industry Pioneer award from Fenestration Canada, which “honors those who have helped to shape the window and door industry and paved the way for others.”

The award, given every five years, is Fenestration Canada’s way of recognizing those who have led the charge through their leadership, innovation and entrepreneurial spirit.

“Congratulations, Lena for all your service not only to H.B. Fuller but the entire North American Window Industry. And thank you Fenestration Canada for recognizing Lena’s accomplishments,” were the company’s sentiments in an issued statement.