James (Jim) Halpin, 77, of Louisville, Ky., passed away on September 6, after battling cancer. 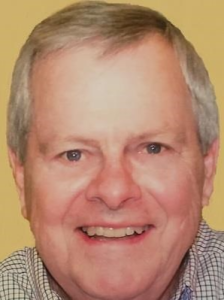 Halpin was born on January 4, 1944, to John and Frances Halpin. He was one of five children.
He worked for more than 50 years as a plant manager for Palmer Products.

“Jim was a mentor to me for over 30 years and I Iearned a lot of what I know about running a manufacturing plant from him,” says Lawrence Palmer-Ball, president of Palmer Products.

James was an avid outdoorsman, enjoying hunting, fishing, animals and golfing, according to his obituary. His favorite place to be was Boundary Waters in Canada.

He is survived by his wife of 55 years, Janice Marie Halpin, his children Maria (Todd) Buckner and Matthew (Ashley) Halpin; his grandchildren Brooke-Anne, Madeline, Lucas, Mila and Savannah; his brother John Paul Halpin; and many nieces, nephews and extended family.