MGM Automated Doors is opening a new 21,000 square-foot glass fabrication facility in Stewiacke, Nova Scotia, Canada. Set to open in March 2022, the new operations will include fabrication equipment supplied by HHH Equipment Resources. The HHH team worked with MGM to lay out and select equipment for the new facility, including a NorthGlass tempering furnace, cutting table, glasswasher, 4-edge grinder, waterjet cutter and an edging machine. 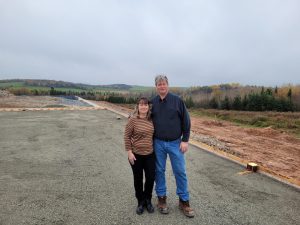 The move will allow MGM to expand its service offerings and become the first commercial glass tempering facility in Nova Scotia, according to the HHH announcement. With this expansion, MGM will be the first to offer both aluminum and tempered glass products to customers in the Atlantic Canada region, according to a press release.

“We’re honored to assist in the creation of this game-changing new facility,” says Mike Synon, president of HHH Equipment Resources. “This equipment will allow MGM to change the way that architectural aluminum and tempered glass is supplied in Atlantic Canada.”

“[HHH has] been tremendous in helping us lay out our facility and choose equipment,” says Sandy Martin, business development and operations manager for MGM Automated Doors. “We chose to work with HHH Equipment Resources because they have the same philosophy that we do: Take care of your customers to the nth degree.”