Posted on December 3, 2021 by Luly Hernandez

The glass and glazing community is mourning the loss of an industry giant: Leo Karas of 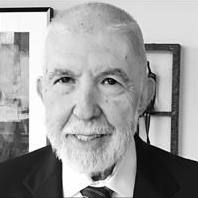 Karas and Karas Glass Company, who passed away Tuesday, November 30th. He was 93.

Karas spent his final years in Boston, in a glass condominium built by his family’s multigenerational company.

According to his son, Joey Karas, Leo’s impacts on the industry could be felt in several capacities.

“He had the terrible need to be involved in [everything],” he says.

A Harvard graduate and U.S. military veteran, Leo Karas ran Karas & Karas with his father, Elia, and his brothers, Arthur and Dave. But his footprint was much deeper and wider than just the Boston glass industry. He has served as the president of the Glass Association of North America (GANA) and was instrumental in a number of their programs as well as starting the Building Envelope Contractors (BEC) Division and conference. He has also been recognized by USGlass magazine as one of the most influential people in the glass industry, and his company is consistently included in USGlass magazine’s ranking of the industry’s top 50 contract glaziers.

“He was the one who started that and developed it and was instrumental in the [BEC Division],” says Haley, who also recalls that Karas was involved in working on other documents and manuals within the organization. “He was a good glass man,” says Haley.

“Leo Karas was a thoughtful, kind, and smart man. He was president of GANA the year it created the Building Envelope Contractors (BEC) Division and was one of the brainchildren behind the Contract Glazing Conference, which later became the BEC Conference,” says Ashley Charest, who previously served as the GANA account executive. “In its first year, three times the number of attendees—120—attended the event than was expected, and by half a dozen years later we were hitting 800 attendees. Leo was normally right about a lot of things and, man, he hit it out of the park with both the conference and the division’s inceptions. My condolences to his family, friends and glass family as his smile and wit will absolutely be missed.”

Additionally, Karas and his wife were heavily involved in the Congregation Mishkan Tefila, having spent every Saturday morning and every major and minor Jewish holiday in shul. Leo served as president of the congregation, preceding his wife in the same job.

Karas and his wife were also among the founding families of the Crohn’s & Colitis Foundation’s New England chapter and became involved when their son Joey was diagnosed with Crohn’s disease.

“Leo Karas  was a giant in the glass industry; he was a strategic planner and builder of all he touched—including his company and the many associations to which he devoted efforts, “ said USGlass magazine publisher Deb Levy, “But he was something, even more; he was a beacon of morality in at a time in the industry where that was often lacking.”

Services were held privately. The live streaming of the service can be viewed here (brezniakfd.com). Donations may be made to the New England Chapter of the Crohn’s & Colitis Foundation, www.crohnscolitisfoundation.org or the Alzheimer’s Association, MA/NH Chapter, 309 Waverley Oaks Rd., Waltham, MA, 02452, www.alz.org.