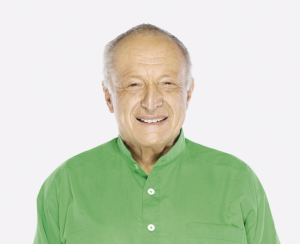 of founding partner, British architect Richard Rogers. The Washington Post has reported that he passed away in his London home on December 18 at 88 years old.

“For the four decades and more that we have all variously shared with him, he will be remembered as a colleague and friend, who was gregarious, always completely free of status, always inclusive, always exploring and looking ahead,” the architecture firm states in a press release.

Rogers is the 2007 Pritzker Architecture Prize Laureate, the recipient of the RIBA Gold Medal in 1985 and winner of the 1999 Thomas Jefferson Memorial Foundation Medal.

He also won the AIA 2019 Gold Medal. The Gold Medal is the AIA’s highest annual honor, recognizing individuals whose work has had a lasting influence on the theory and practice of architecture, according to RSHP.

“Lord Rogers overcame early challenges to build a legacy as a generous colleague and innovative designer in a career that spanned seven decades,” says AIA 2022 president Dan Hart. “He will be remembered for his kind spirit and open-minded approach to design, which resulted in a body of work that was singular while also the result of a deep commitment to collaboration.”

A man of immense drive and charisma, he was equally a man of civility and integrity, dedicated to the art and science of architecture, of urbanism, the life of the city, of political commitment and positive social change, the RSHP statement reads.