Giroux Glass Inc. has announced that Andrew Dvorak has been promoted to the role of senior project manager in the company’s Phoenix office location. 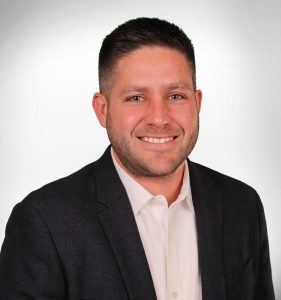 Dvorak relocated to Phoenix last summer from downtown Chicago where he previously worked for Architectural Glass Works and Crown Corr. He earned his Bachelor of Science in construction management from Purdue.

“I was initially attracted to the opportunity with Giroux specifically because I was excited to be a part of starting something from the ground up, in this location. I remain excited about the role that I can play in being a part of the company’s growth, both here in Phoenix, and overall,” he said of his promotion and move.

Marty McKinley, general manager of Arizona operations, says, “I am proud to promote Andy Dvorak to senior project manager … His experience in both glazing and metal panels makes him a great resource for our team. The Arizona division is lucky to have Andy onboard and I am excited to see what the future holds for him at Giroux Glass.”

“In his short time with us, Andy has already contributed to Giroux’s growth in our new Arizona location. His expertise is much appreciated, and his collaborative nature is an asset in his mentoring of colleagues. He is a perfect fit for our culture, and we are so glad to have him join our team of our employee owners,” adds Nataline Lomedico, CEO and president.