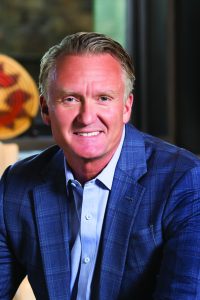 Recently signed legislation in Florida could be the start of more growth and opportunities for the impact glazing industry. Florida Gov. Ron DeSantis signed HB7071 into law on Friday, May 6. The legislation includes a two-year tax exemption for impact-resistant windows and doors, and goes into effect July 1. Hurricane season for the Atlantic runs from June through November. Jeff Jackson, president and CEO of PGT Innovations in Florida, says the exemption is beneficial for Floridians as it not only offers impact protection but can also help with cost savings in areas such as insurance.

“It not only helps Floridians with their biggest investment they’ll ever have, their homes, we’re also saving lives,” Jackson says, adding that homes hardened with impact-resistant products will suffer less in the event of a hurricane.

Jackson says the Sunshine State’s new tax exemption for impact-resistant windows has numerous benefits for Floridians, from safety to cost savings. He says the timing of the legislation is perfect for both manufacturers and consumers, as it comes with the onset of hurricane season while also providing the latter with a two-year window to meet product demand.

Florida has had tax exemptions for emergency-preparedness products in the past, such as batteries and generators. But Jackson says this is the first time legislation will allow people to protect themselves and their homes into the future. He says the measure has “huge potential,” especially when taking into account the influx of residents to the state.

“We have so many people moving into Florida, it’s the second fastest growing state next to Texas,” Jackson says. “We have a lot of people moving in who have never experienced hurricanes.”

Jackson also says new homes can’t come fast enough, so much so that many people are purchasing used homes.

“With the change in interest rates, with the Feds raising the borrowing rate, that’s going to limit who can qualify for a new home,” Jackson continues. “So you’re going to see people staying in homes longer, so they’re going to fix them up.”

He says home hardening not only provides hurricane protection but also addresses solar heat gain and increases home values. He calls it a win-win for the people of Florida as well as the government, which will benefit through property tax as homes increase in value. If a hardened home sells, Jackson says the homeowner will recoup that value.

Jackson referred to the measure as “smart legislation.”

“It lasts for two years, it’s not like a two-month window,” he says of the tax exemption. “So all of us will have to get ready for the impact of this legislation, but we have two years to do it.”

He believes the industry, PGT and other manufacturers will be ready to meet the demand thanks to the two-year window. And while lead times are still long, Jackson says they are improving and have even been cut in half.

“With that said, our lead times aren’t where we want them,” Jackson says. “Three to four weeks is what we want, but we’re still at 12 weeks lead time, sometimes longer depending on the size of the company.”

But he still believes two years is enough time for manufacturers to wade through lead-time woes and meet the upcoming demand.

“The timing is good, the length of the bill is good, and the incentive will move people to harden their homes and protect their families’ lives and investments,” Jackson says.