American Insulated Glass LLC announced leadership advances on June 21, 2022, for two employees who have played an integral part in the company’s success.

The glass fabricator and wholesale distributor stated in a press release that Dan Dirmeyer and Vitaliy Besman have been promoted to help ensure the continued success of recent acquisitions. Dirmeyer, who previously served as general manager for AIG Michigan, was promoted to director of operations for the Mid-Atlantic and Midwest operations. 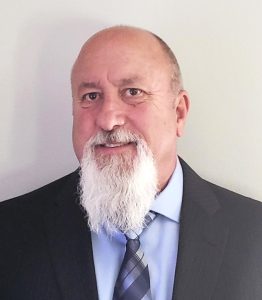 “Dan (Dirmeyer) and his team have done a tremendous job managing and growing our Detroit location,” said Clint Blair, president of AIG. “He will be instrumental in developing Frederick into a full-service facility as we complete our expansion and commission new equipment, allowing us to offer a full array of high-performance soft coat Low-E glass for the commercial and residential markets.”

Dirmeyer has been with AIG since 2018. Following AIG’s acquisition of Great Lakes Glass Distributors, Dirmeyer continued to manage daily operations and proceeded to play a significant role in the growth of the Detroit-based location. His depth of experience makes him a perfect fit to support the expansion of the Ijamsville, Maryland operation, according to AIG.

Besman will slide into the general manager role left vacant by Dirmeyer. Besman previously served as plant manager, where he played an expansive role during the Detroit expansion.

“His knowledge of the Detroit operation, his proven leadership skills and subsequent experience make him the natural choice to advance the Detroit location into its next phase,” AIG said in a press release.