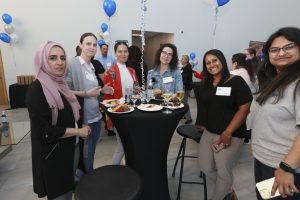 According to Vitrum, nearly 200 architects, glaziers and industry partners participated in the event.