When Andrew struck South Florida in 1992, there were more than 400 different building codes across the state. That changed in 2002 when Florida adopted the Florida Building Code (FBC). This statewide code mandated that new construction be able to withstand hurricane-force winds and feature shutters or impact-resistant glass in all openings. 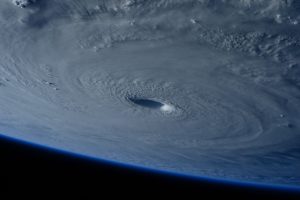 When Andrew struck South Florida in 1992, there were more than 400 different building codes across the state. That changed in 2002 when Florida adopted the Florida Building Code (FBC).

The FBC also outlined areas in the state more prone to severe weather and hurricanes, termed high-velocity hurricane zones (HVHZ). Out of the 67 counties in Florida, only two (Broward and Miami-Dade) reside in an HVHZ. If you live in this area, the FBC requires you to have HVHZ products that can withstand the most severe weather installed in your home. This includes windows, doors, and roofs, among others.

Despite the state residing in the path of these dangerous storms, most building codes before Andrew were loosely enforced.

Richard Olson, director of the International Hurricane Research Center at Florida International University (FIU), told ABC News that shortcuts in construction were a common theme across the state during the 1990s. This was fueled by Florida’s population explosion in the 1970s and 1980s.

The failure to properly strengthen homes and a lack of building code reinforcement led to the destruction of more than 63,000 homes and damage to an additional 100,000 during Andrew’s rampage across Florida.

“It changed building codes and especially building code enforcement, which Andrew proved to be inadequate, incompetent or avoidant,” Olson said.

Within a few years, all Gulf States and east coast states had adopted some form of hurricane windload codes.

The FBC was updated in 2015 ensuring all openings would meet the hurricane code. The update aimed to place energy efficiency and impact resistance on an equal footing. To this day, Florida’s building codes remain on a three-year update schedule by the Florida Building Commission, but that body won’t automatically adopt all of the newest standards from the International Code Council (ICC). Instead, Florida will maintain the FBC in its latest form and choose specific updates from the ICC.

Florida now leads the nation in hurricane-related building codes and enforcement, according to the Insurance Institute for Business and Home Safety (IBHS).

Southeast Florida is still vulnerable to a major hurricane despite all the building code advancements, however. The danger does not come from the wind but flooding. This is because modern hurricanes produce higher storm surges and torrential rainfall.

Numerous studies have also shown an increase in sea level rise, which makes the threat of flooding almost guaranteed. According to the U.S. Global Change Research Program, the global sea level has risen by around eight inches since scientific record-keeping began in 1880. The rate of global sea level rise has increased in recent decades with the current rate at a little more than an inch per decade.

The increased threat of flooding and stronger hurricanes led officials to begin constructing a new hurricane testing facility in South Florida. The goal is to test structures under the current building codes and their resiliency against stronger hurricanes. The National Full-Scale Testing Infrastructure for Community Hardening in Extreme Wind, Surge and Wave Events (NICHE) facility at FIU will study the effects of extreme events on structures.

The NICHE facility will be able to simulate the combined effects of extreme winds of up to 200 mph, storm surge, waves and overland water flows on buildings, water and energy systems along with other key infrastructure.

“We’re going to bring more hazards under one research roof,” says Erik Salna, associate director for education and outreach at the International Hurricane Research Center. “This will now be able to test structures with multiple hazards. That’s the vision.”

How did the aftermath of Hurricane Andrew change your business? Email Joshua Huff at jhuff@glass.com and tell us how.