The U.S. Department of Energy (DOE) released updated building energy code requirements for federal buildings that aim to save taxpayer dollars as the cost of fuel and electricity skyrocket across the country.

The new codes and standards will save more than $15 billion in net costs over the next 30 years, per the DOE. The requirements will take effect in April 2023. 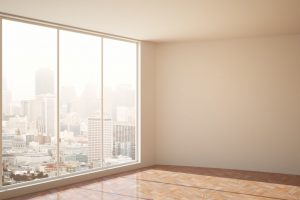 According to the Federal Register, “In creating the 2018 International Energy Conservation Code (IECC), the International Code Council (ICC) processed 47 approved code change proposals to the 2015 IECC. A total of 14 of these changes were found to have a direct impact on energy use and the other 33 changes were administrative or had an impact on non-energy portions of the code. DOE found that changes resulting in decreased energy use outweigh any changes expected to result in increased energy use in residential buildings.”

Of the 47 total changes, 11 were expected to decrease energy use. Lower fenestration U-factors in climate zones 3-8 were among the 11 changes. This change reduces heat loss and gain through doors and windows in six of the eight IECC climate zones, according to the Federal Register.

“The administration is leading by example to cut energy use and reduce its carbon footprint by adopting the latest building standards that drive down operating costs and therefore save taxpayer dollars,” says Jennifer M. Granholm, the U.S. secretary of energy. “… The DOE is reiterating our commitment to reaching net zero carbon emissions, improving our air quality and keeping more money in the pockets of families across the country.”

The DOE states that new federal buildings along with major retrofits constructed by the federal government must comply with the ICC’s 2021 IECC and the 2019 American Society of Heating, Refrigerating and Air Conditioning Engineers Standard 90.1 building energy codes. This measure alone will save $4.2 million in operating costs within the first year of implementation, according to the DOE

“As the determination to improve energy efficiency and reduce greenhouse gases rises in communities around the world, the Code Council is committed to furthering the advancements of the IECC to aid in the process,” says Dominic Sims, Code Council CEO. “We look forward to continued work with the DOE and will ensure our codes and standards meet the needs of those wishing to advance their energy efficiency goals in a responsible way.”

U.S. federal buildings include civic institutions such as courthouses, city halls and military bases, as well as other government-run facilities such as offices, hospitals and warehouses.

The news comes as warmer temperatures settle in throughout the country. An analysis of temperature trends by Climate Control found that 16 U.S. cities are at risk of having summer temperatures on par with locations in the Middle East by the end of the century.

Researchers analyzed temperature data from 1990 to 2020 to determine present-day normal temperatures and looked at 20 different projections of temperatures this century under different climate change scenarios. The researchers then compared the status quo to a scenario where the planet-warming emissions are not radically reduced. As a result, the study estimated that the global average temperature rose by about 3.6 Celsius (38 degrees) by the end of the century if meaningful mitigation steps were not taken.