Glaston, a supplier of equipment to the architectural, solar and display industries, announced that the contract is the first win for its “new tailor-made concept for the solar industry.” 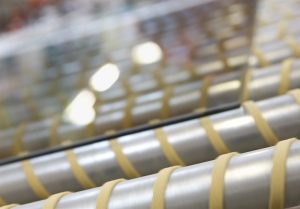 Glaston announced that the contract is the first win for its “new tailor-made concept for the solar industry.”

The order is valued at close to $5 million. The lines will be delivered to Kibing’s facility in Malaysia during the first half of 2023. Kibing operates six glass processing plants throughout China and Malaysia. The company also has 26 float glass lines in production.

“Kibing Glass is a highly valued customer, and we are honored to support their growth initiatives in the solar business,” says Sasu Koivumäki, chief sales officer at Glaston. “Glaston’s tailor-made solar concept, which combines huge volumes and high-quality thin glass, is a perfect choice.”

The contract comes as the solar market in China has increased considerably. According to China’s National Energy Administration, new installed solar capacity in China is up 148% in the first quarter of 2022 compared to the same time in 2021. As a result, the demand for solar lite glass processing equipment has swelled.