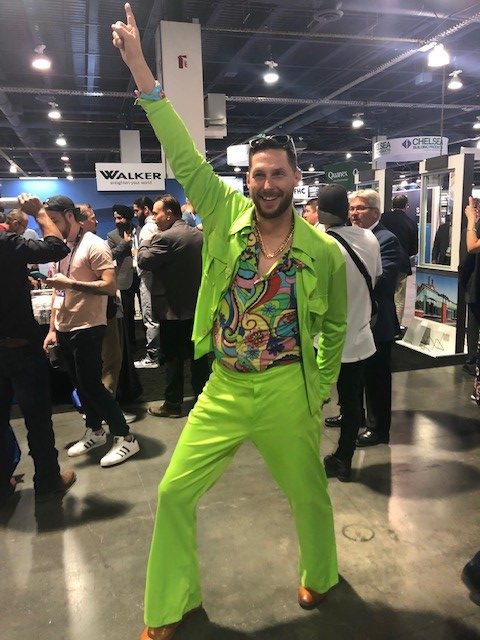 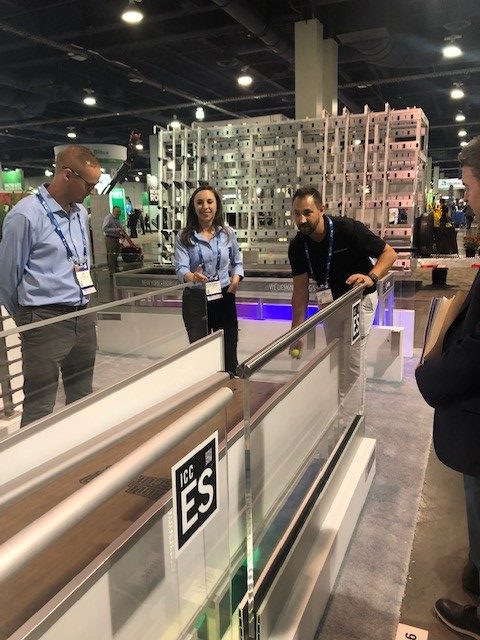 GBA-qrailing
Alex Buechel, with LearnGlazing.com, gave the Skee Ball game a go in the Q-Railing booth. 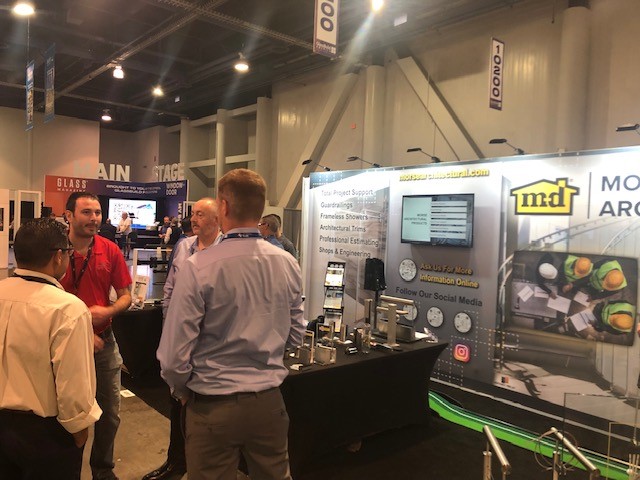 GBA-morse
Morse Industries showcased new products while letting attendees practice their putting a bit for a chance to win prizes. 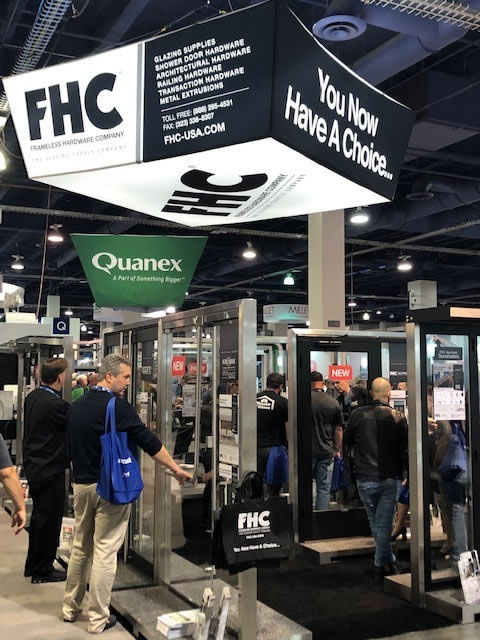 gba-fhc
FHC is staying busy with several new products in its booth.

The 2022 GlassBuild America (GBA) show, taking place this week in Las Vegas, has a different feel compared to previous events. After two years of either no events at all or virtual ones, people seem to finally have those good old-fashioned trade show vibes again. Hundreds of exhibitors fill the South Hall of the Las Vegas Convention Center with not only their latest products but a bit of fun and games, too.

Walker Glass, for one, is here celebrating its 80th anniversary. Danik Dancause, marketing operations manager, found a way to give the booth this year a unique spin: a disco ball.

“Disco balls were originally made of mirror, and Walker Glass started as a mirror manufacturer,” he said in explaining the reason for the disco ball. Dancause, who is well known as one of the best-dressed in the industry, didn’t stop there. He took that “best-dressed” status to the next level and wore full-on 1970s disco-themed attire.

Q-Railing also had some fun in its booth. The company featured custom Skee Ball and Shuffle Board games complete with its glass railings. Attendees can stop by and play for a chance to win an electric bike.

Jan Hulin, Q-Railing North America’s general manager, said they were also highlighting several new products, including a windscreen base shoe for applications up to 8 feet high, as well as a new aluminum railing system.

For FHC, shows such as this one provide an opportunity to not only highlight new products, but to connect with customers, suppliers and many other attendees. Barry Sutherland, vice president, was excited to talk about several new products. The company recently launched its Grandvue frameless glass wall systems, which he says are ideal for applications such as bridges, rooftop bars and pool areas. The system can accommodate glass as tall as 8 feet. Other new products include the Aspire thermally broken door system and several new glass sliding shower door systems.

In the Morse Industries booth, attendees could practice their putting skills and learn about new products such as the Synchord Dual sliding door for luxury showers as well as its Precision Lock base shoe for guardrail systems. The company is also using the show as an opportunity to test market interest in a variety of other products that it’s developing.

The GBA show runs through Thursday in Las Vegas. Stay tuned to USGNN™ for updates and news from the show. You can also visit USGlass magazine in booth 2113.