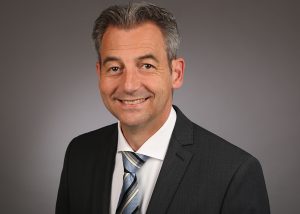 Schulte will lead the executive management team, commercial sales and project contract operations as well as strategic business development throughout the U.S. and Canada. He previously served two years as a pre-construction executive before joining Roschmann’s board of directors as director of sales in late 2020.

“I am excited about the new role of leading Roschmann’s team in North America while bridging with our global headquarters and state-of-the-art fabrication facility in Germany, pushing the envelope in the field of specialized façade contracting in North America,” Schulte says. “Roschmann is a synonym for consistently fulfilling the individual wishes of architects and engineers with tailor-made, innovative and high-quality solutions like no other. This is what drives us getting up every day, turning vision into reality made in Germany.”

Throughout his career, Schulte has worn a variety of hats, including vice president of North America at Tianjin NorthGlass, vice president of business development, sales and engineering at APG International, managing director of APG’s Middle Eastern operation in Dubai and global business development manager for structural glass and facades at DORMA.

Schulte is a civil engineer by trade, a member of the Association of German Professional Engineers and a founding member of the Façade Tectonics Institute.