Giroux Glass Inc. announced Abdul Aziz Zoua was promoted to the role of project executive for California, based out of the company’s Los Angeles office location. 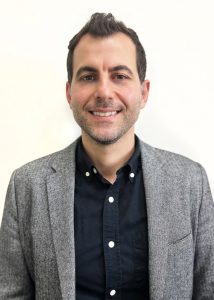 Zoua joined Giroux Glass in 2015. In his previous role as project manager, he was responsible for the planning and execution of major glazing projects which include the Academy Museum of Motion Pictures and Donald Dungan Library. Zoua holds a Bachelor of Science degree in environmental engineering from the faculty of Civil Engineering, at the University of Aleppo in Syria.

Abdul’s career path started in Riyadh, Saudi Arabia, with ARTIC as a precast production engineer, then for Seele group GmbH, as a QA/QC senior engineer, supervising all installation related to glazing, curtainwall and skylights. He was always interested in construction, and as a young boy in Syria, he worked for his father, whose construction business focused on glass systems and architectural metal. Over his tenure with Giroux, Zoua earned both his Project Management Professional and LEED Green Associate certifications.

John Cox, director of California project operations, says, “I am proud to promote Abdul to project executive; he has been a key partner in our operations division. Abdul is a great decision maker, works well with our clients, and has superb team-building skills.”

Nataline Lomedico, CEO and president, adds, “Abdul has already proven his leadership capabilities to us. As the founder and chairman of our Innovation Committee, he continually promotes the importance of forward thinking and seeking out new technology and advancement in our industry. He has been an active part of improving project management processes by reducing redundancies and implementing new technologies.”